My family and I stayed at the Melaka Watercity Resort for 3 days in 2006 during my company’s family day. At that time, no one knew that it does not a CF. If something were to happen, it would really be bad. 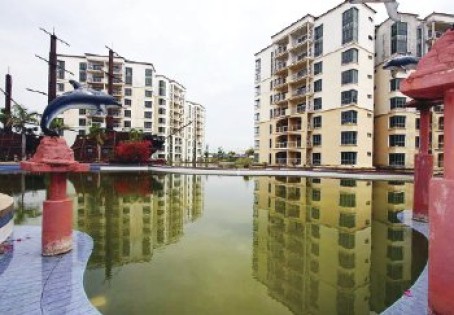 THE Melaka Watercity Resort would be opening its doors to the public soon. It was sealed for five years for operating without a certificate of fitness.

The resort in Bukit Katil was operating without a Certificate of Fitness for Occupation (CFO) or licence from the Ministry of Tourism and Melaka Historical City Council (MBMB).

Its reopening was made possible after the Melaka Foundation (Yayasan Melaka) successfully made a bid for the three-star resort at RM47 million.

Chief Minister Datuk Seri Mohd Ali Rustam, who is also the chairman of the foundation, said the 4.9-hectare resort is expected to open six months from now.

“We won the bid through a court ordered auction and have settled the 10 per cent deposit of RM4.7 million. If everything goes on smoothly, we can restore and develop the three-star resort to accommodate the rising demand of tourists in Malacca,” he said.

“If we don’t get any response, we will then develop the resort on our own,” he added.

He also said the state government would need to fork out a large sum of money as the resort is in poor condition.

The resort has four blocks with 320 apartments, a swimming pool and a meeting room.

It was ordered to close on June 6, 2007, during the State Executive Council (Exco) meeting as guests from all over Malaysia were made to camp outside the resort in Bukit Katil for several hours as no rooms were available.

The resort was also operating without a Certificate of Fitness for Occupation (CFO) or license from the Ministry of Tourism and Melaka Historical City Council.