There has been too much provocation that talks about ‘Green Environment’ in our future development. Now, it seems that Malacca has responded to the ‘Green Environment’ campaign as in the effort shows for Solar Energy Industry in Malacca. The venture is due to the aims of the state to become ‘The Green State” by year 2020.

After being declared as developed state on 20 October, Malacca will focus on green drive right after this. Even so, the Chief Minister Datuk Seri Mohd Ali Rustam has stated that it is not only a ten year aim but the state has already started to venture in the ‘Green Environment’ long before this. One of the launched programs was the green initiatives by tapping the solar and wind energy resources.

Apart from that, Malacca has also planning to harvest the wind energy in a big scale. There is an idea to build up windmills at Pulau Besar in order to generate wind energy in the future. However, the study has yet to be done about the most suitable place. It is believed that within 2 years, the Malacca state is able to produce enough of solar and wind energy for the ‘Green Environment’ initiative.

These transformations are believed to reduce the cost of conventional energy as much as 30% after the usage of renewable energy like solar and wind energy. Other than that, the state government has also encouraging the people to use green technologies in their daily lives in order to achieve the target of becoming ‘The Green State’. It is hope that the transformation in Malacca shall include the usage of hybrid vehicles on the roads.

If the planning is going on smoothly, Malacca will become more cultivate from today onwards. The successful of the state government to achieve the developed state in Malaysia should be proud of. It is one of the centre attractions in Malaysia tourism and it is a good promotion for our country at international level. Venturing in the green power should create more business opportunities in the future and at the same time helping out the Malaysian business to become commercialize. 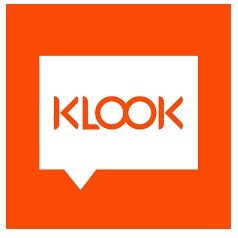