As we know, Melaka is well known as tourism attraction. Last year, there’s a total of 16.79 million tourist has been visited Melaka last year.
Chief Minister , Datuk Seri Ir. Hj. Idris bin Hj Haron said that it is the highest ever recorded by the state.
It was proof that Melaka had become one of the main tourist destinations in Malaysia. The majority of foreign tourist come from China, Taiwan, Singapore, Indonesia and Hong Kong.

Idris said that Melaka target to attracted 17 million this year to overcome the records. He said in his speech at a dinner in conjunction with the 9th Joint Seminar and 40th Public Services Games for Public Sector Leaders of Malaysia and Singapore 2018 on Sunday.
The three-day event which began on Sunday is attended by 41 public officials from Malaysia and 33 from Singapore. 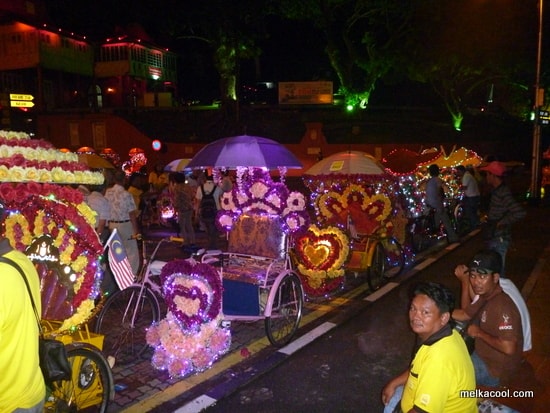 Idris said there’s many recognition award which Melaka received last year such as ‘The World’s Trendiest Holiday Destination by The British Post’, ‘The Most Visited City In Malaysia After Kuala Lumpur (Recognition by Motac)’ and ‘Top 10 Best Destination Must Visit in Asia By Lonely Planet.com’,’Top 25 Destinations By Trip Advisor.com’, ‘Top Five Shopping Heaven In Malaysia’, ‘Top 50 World Street Food Awards’ and ‘The Prime Minister’s Tourism Award For 2017’.
Apart from distinction in toursim industry, the state government also worked hard to promote Melaka as a centre for investment and manage to receive more than RM22 billion in the manufacturing sector, the highest in the investment history of Melaka.
– BERNAMA